For years, I have backed up photos from my smart phone using Dropbox.

My primary purpose for this other than backing up my photos is because all images are backed up with the following file syntax:

After a couple of years having photos backed up like this, I found it super handy for sorting all my photos, and undeniably one of the best features of the Dropbox phone app.

For the first few years this was great as I had about 8GB of free space, but then I hit the free storage limits..

Personally I find Dropbox's prices a bit ridiculous (I really don't need 1TB in the cloud), so I opted for a year of Google Drive.

However, I faced a new conundrum. Google Drive does not rename the phone's photos when they upload. So what am I to do?

Alas, for several years I've just moved my backed up photos from Dropbox to Google Drive….yep, not pretty.

However, after finding a similar new problem where I'm now backing up photos from my mirrorless Sony Camera, I face the same problem…What to do…

Some would ask, why not just use a python script or something to rename your photos, but I haven't come across anything from a quick google search, nor did I want to write my own.

So - this brings me to discovering Advanced Renamer.

Advanced Renamer is a pretty self-explanatory tool for renaming files in bulk.

It has a ton of flexibility, and I was happy to find it can do exactly what I'm after without too much effort.

For more specifics, you can refer to its documentation: https://www.advancedrenamer.com/user_guide/

Folders which contain different types of files with the same name can be "paired". In the case of RAW and JPG files, Advanced Renamer can be configured to rename based on the time in the JPG source for both the JPG and RAW files.

Start Advanced Renamer, and select your source directory of files to convert: 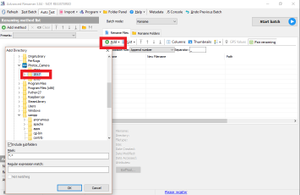 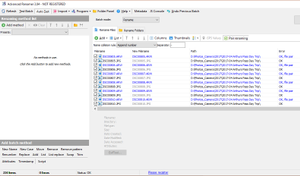 I then configured the following method to get my photos in the same naming format:

To configure this, navigate to "Add Method > New Name", and paste in the above like so: 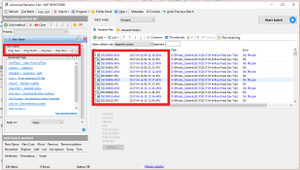 Advanced Renamer then shows a preview of the expected new file names before committing to any final change.

Directories which only have RAW images, using the <img> tag does not seem to work. Thankfully, Advanced Renamer has support for pulling in information from third-party tools, such as SpiderMonkey, MediaInfo, ExifTool, and Icons8.

In our case dealing with RAW images, we can rename our photos with Dropbox-like photo syntax by doing the following steps:

First import the directories of your RAW images. To get an idea on what EXIF data we can match on, select one of the images and click "ExifTool…" 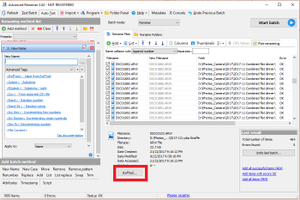 This is useful, as it provides a number of different fields we can match on: 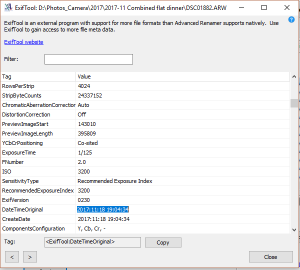 In my case, I'm matching on "DateTimeOriginal".

Copy the Tag above, and close ExifTool.

Create a new rename method by selecting "Add Method > New Name". Paste the above syntax like so: 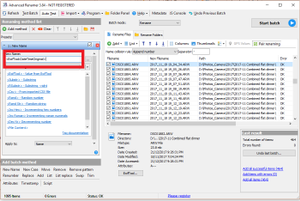 While this has now put the date and time in the correct order, it has used underscores through the whole file name. Gross!

Let's fix this with a second rename rule.

Thanks to some RegEx help, I was able to get the formatting in just the way I wanted.

Add a "Replace" method after the existing "New Name" and select "Use regular expressions".

Tip: If photos have the same name (e.g. same time stamp), you can configure a "Name collison rule". As above I have "Append number" selected.

As seen above, with relative ease Advanced Renamer can be super handy for renaming files such as images in bulk and ease. :-)